In March 2017 I commenced Phase 2 of the research. I followed the same format as Phase 1 where I informally discussed the project with a group of adult learners and came back at a later date to carry out the workshop. Everything was carried out ethically with informed consent forms. Similar to Phase 1, I gathered e-mail addresses and sent the pre-questionnaires prior to the workshop and again thereafter. However, the workshop was slightly different in that we began by evaluating the existing artefact created from the feedback from Phase 1 and not a blank canvas.

On reflection, I felt that learners were apprehensive in giving their views.  It almost seemed as if they did not want to say anything negative about the work of other adult learners. However, I tried to create a climate where they would feel comfortable and appreciated. I gave a window of time for them to access the artefact and to review it so that when they completed the post-questionnaires they may at that stage have a better understanding.  Furthermore, it would yield richer data.

The following will compare answers from some of the most important questions in the pre and post questionnaires.  One student completed the pre-questionnaire twice which is why there are 9 responses.

In your opinion, what are the advantages of online learning? (9 responses)

In your opinion, what are the advantages of completing the redesigned online module? (8 responses)

Flexibility and doing it in your own time is a collective response. Unsure as to what the answer “more colour” refers to or they may have misread the question.

In your opinion, what are the disadvantages of online learning? (9 responses)

Similar to Phase 1, distractions appears to be a popular response and only one response relates to the social aspect.

In your opinion, what are the disadvantages of completing this redesigned online module? (8 responses)

The main difference between the responses in the pre and post questionnaire is that the social aspect is more prominent in the post-questionnaire. This was also evident in the focus group discussions.

If you had the choice of completing a Career Planning course online or in the classroom which would you choose and why? (9 responses)

If you had the choice of completing this module online or in the classroom which would you choose and why? (8 responses)

Classroom is the dominant response.  Having the presence of a tutor is also strong. One student could see the value of both. However, the third response stated that they believe down the line they may be capable.  The term capable resonates with the term heutagogy. Perhaps creating an awareness and teaching people how to learn online may change their views?  Further research in this would be recommended.

The focus group took place directly after the short workshop and it was evident that the adult learners were terrified of online learning.  Moreover, they had no confidence in themselves which was a contributing factor. On reflection, if they had completed the workshop with a blank canvas would it have been less overwhelming? Furthermore, would they have felt more self-directed?

Similar to Phase 1, some learners were more vocal than others.  They reiterated that using social media or online discussions would not be the same.  I would recommend further research on the area of social constructivism in the further education sector. 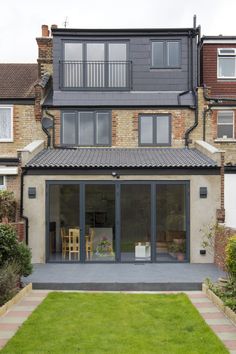